Wimps don't make good journalists, says Max du Preez, one of South Africa's toughest reporters, but he admits he's not macho in private. When he's not going on about holier-than-thou liberals and corrupt politicians, he likes reading up on spirituality. 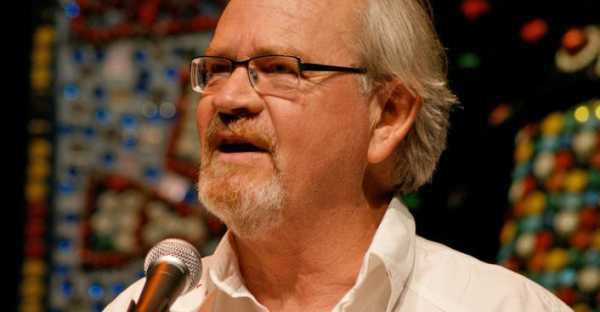 WORLD ONLINE: Max, you're widely known as a leading light in South African journalism, as a passionate commentator on political affairs who is unafraid of controversy. But tell me, is there another side to the famous – some would perhaps say infamous – Max du Preez persona? Do you harbour skills and extraordinary talents of which the public is unaware? I mean, can you play the grand piano blindfolded, fly the trapeze bars, cook up a mean bobotie ... stuff like that?

MAX DU PREEZ: I wish. The closest I get to an extraordinary talent is that I have green fingers – I love planting things, and they always grow. I'm particularly fond of growing herbs, especially indigenous ones. I know the veld quite well, and spend a lot of time on my farm in the mountains of the Eastern Free State near the small town of Rosendal. Another side to my persona? I would say the public perception of who I am bears no resemblance to who I really am. I'm a rugby fanatic – all sports, actually. I spend every spare moment reading – mostly novels and books about spirituality. I'm actually not very aggressive or macho when I'm at home. But hopefully I have never bored anyone.

WORLD ONLINE: Tell me a little bit about your background – let's crack open the Max du Preez intelligence dossier, which I imagine has grown into a mountainous tome over the years.

MAX DU PREEZ: Born in 1951 in Kroonstad in the Free State of a good, conservative middle-class Afrikaner family – four brothers and three sisters. I experienced it as the most boring place in the entire universe, and couldn't wait to leave school and start living life. I went to Stellenbosch University instead of Bloemfontein like the rest of my family, and that, I suppose, is where the trouble started. I tried to catch up in three years on what I had missed out on the previous eighteen. I also tried very hard to be a hippie (it was the late sixties and early seventies). I was an appalling student, but I learnt a lot about life – and women.

After Stellenbosch I went to work for Die Burger in Cape Town, and became a member of the first editorial staff of Beeld in 1974. But experiences such as reporting on the independence struggle in Mozambique, the Soweto Uprising of 1976, watching the lying, cheating fathers of the Volk from up close in the Parliamentary press gallery, and reporting on the wars in Namibia and Angola made it harder and harder to work for an Afrikaans newspaper group supporting the apartheid governments. In 1983 I went to work for the Financial Mail as a political reporter, and ended up as the Political Correspondent of the Sunday Times and Business Day. In 1987 I went with Van Zyl Slabbert on the Dakar Safari with the ANC, and shortly afterwards started Vrye Weekblad.

WORLD ONLINE: Your name first began drifting into the public consciousness at the time when you were at the helm of Vrye Weekblad – a kick-arse publication, as I recall. What are your achievements, journalistic or otherwise, of which you are the most proud?

MAX DU PREEZ: I would say the Vrye Weekblad.years were my best years. It was exciting, pioneering journalism and investigative reporting like we had rarely seen before or after in South Africa. It was hard too – we owned the newspaper ourselves, so we always worked on a shoestring. I spent more time in court than in the newsroom – ended up with quite a lengthy criminal record. And then there were lesser excitements such as the CCB blowing up our offices, for instance.

I'm also proud of the time I spent at the SABC. I joined in 1994 and was very much part of the process of transforming it from a state to a public broadcaster. Of course, that process was again turned around during 1998 and after. I was the editor/executive producer of 90 documentary programmes on the Truth Commission process, called the TRC Special Report – the most watched documentary series ever on South African television. That was also a special time, because I realized the TRC was not so much about the politics and the final report, but about the nation experiencing the process week after week. I'm also quite happy with the programme Special Assignment, which I started and headed – it just became a little bit too independent for the new apparatchiks at the SABC, and my contract was ended with a week's notice in mid-1998.

Oh, and I'm also very proud of my two children, now in their early twenties: sweet, gentle and interesting people. (I have been divorced for 20 years, and could never succeed in making another relationship last. Still a serious bachelor.)

WORLD ONLINE: In what projects are you currently involved? What's the next move hidden up your sleeve – do you, for instance, have a book in mind, or already in the making?

MAX DU PREEZ: I have made quite a few television documentaries the last two years, for local and international consumption. Right now I am finishing a book on rugby boss Louis Luyt – a no holds barred biography called Louis Luyt – Unauthorised. I hope Big Louis is not a World Online subscriber, because the moment he gets wind he'll probably try to stop me. I think it's going to be a very interesting and highly readable book. Luyt has had a fascinating life. I have also received an advance from a publisher to write my memoirs – more like the account of a witness to the madness that was South Africa the last thirty years. I just bought a house in the Klein Karoo town of Barrydale – hopefully that will put me in the mood to write, because I also hope to write a novel next year.

MAX DU PREEZ: You can't be a wimp and be a good journalist. People with no respect for authority who question everything make the best journalists. But you also need quite a lot of drive, chutzpah and a belief that you have a mission to tell your readers/viewers the truth. It's a bit like being a missionary – or a mercenary. (I was involved in a serious plane crash on the Angolan/Namibian border in 1978. Some of my colleagues believe my brain was damaged. I think that also helped me to be a successful journalist.)

WORLD ONLINE: Issues of media freedom and freedom of information are a perennial theme in local political debate, and you've been, unenviably, in a better position than most to understand the ramifications of these questions. In your view what is the biggest threat currently facing the South African media?

MAX DU PREEZ: The media is its own worst enemy. We have virtually no limitations on press freedom in our country now, yet we seldom push the parameters, we seldom use that freedom to the full. The market and profitability are of course very important factors, but since 1994 this has dominated journalism completely. We just want to tell readers/viewers/listeners what they want to read or hear, not what is really going on out there.

WORLD ONLINE: Your weekly newspaper column ‘Maximum Headroom’ makes for provocative reading, and by 7.00 p.m. on its day of publication one can almost hear the angry oaths ringing out across suburbia and see the hands reaching for a calming brandy-and-Coke or gin-and-tonic. Very briefly, what aspects of South African political life really get your goat the most?

WORLD ONLINE: In your columns you typically adopt an interrogative, maverick position. How would you describe yourself politically?

MAX DU PREEZ: I have no ideology – never had. I believe in the complete freedom of the individual and the right of citizens to really determine how they should be governed. I think our new society, with all its problems, is still the most exciting one in the world. I believe we don't appreciate what we have achieved, and that we're not proud enough of who we are and what we can do. And I'm deeply rooted in Africa.

WORLD ONLINE: And personally ... how would you describe yourself? What kind of oke is Max du Preez to be around – a laugh a minute ... deadly serious ... what?

MAX DU PREEZ: I can get pretty worked up when I see injustice or racism or dishonesty, but mostly I have an awful lot of fun. A bit of a hedonist, really. I love good food, good wine and good company. I will die without music. But I'm really happy when I'm on my own on the farm.

WORLD ONLINE: What are you reading at the moment, and who are your favourite authors?

MAX DU PREEZ: I'm reading every book about rugby ever written – not because I really want to, but as research for the Luyt book. My last other reading material, if I remember correctly, was Vikram Seth's An Equal Music. Before that I read Jon Lee Anderson's Che Guevara – A Revolutionary Life. I have read all Salman Rushdie's books, all Tom Wolfe's books; I like Mario Vargas Llosa, E.L. Doctorow, Isabel Allende, Peter Carey, Louis de Bernieres and Bruce Chatwin.

WORLD ONLINE: Who have been your heroes, role models and mentors – or don't you go in for guff like that?