A Muslim radio station calls it freedom of expression; members of the Jewish community say it's Holocaust denial and antisemitism. In a key legal case, the court will have to decide which is more important to protect: critical speech or social harmony. 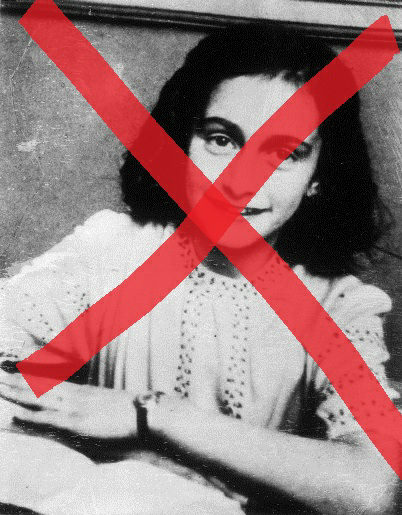 Earlier this year [2000] the right-wing historian David Irving lost a celebrated libel suit he had brought against Deborah Lipstadt and her publisher, Penguin Books. Irving, a ‘revisionist’ Holocaust scholar who denies that Jews were killed in gas chambers and that Hitler directly ordered their extermination, charged that Lipstadt had defamed him by accusing him of falsifying history and of pursuing an anti-Semitic agenda.

After Irving spent some thirty days in court defending the truth of his view of history, the judge ruled in favour of Lipstadt – and, incidentally, incurred Irving's financial ruin by ordering him to pay costs.

It was a landmark case, for its centre of gravity lay not in questions of libel but of historical truth and historiographical interpretation, and the verdict was hailed as a victory for widely-accepted understandings of what the Holocaust was and how it happened – understandings that have come under attack from scores of revisionist historians intent on dismantling ‘the myth of the six million’.

In the Johannesburg High Court a legal battle involving the Holocaust recently got under way. It, too, promises to be a watershed trial, but in contrast to the Irving-Lipstadt trial, the Holocaust is likely to occupy an ambiguous place in these proceedings: both central and peripheral, dominant yet muted, and invoked more as a marker for other concerns than a subject in itself. Indeed, the Holocaust, and denials that it happened in the commonly understood way, will function as a limit-case for the right to freedom of expression, and the court's verdict will set an important precedent for the manner in which this constitutional right is fleshed out in the future.

According to I-Net-Bridge, the Islamic Unity Convention (IUC) has lodged an application to set aside a decision by the Independent Broadcasting Authority (IBA) after complaints about a programme on Zionism broadcast in 1998 by Radio 786, an IUC-owned Muslim community radio station. Following the broadcast, the South African Jewish Board of Deputies (SAJBD) contended that it amounted to Holocaust denial and lodged a complaint with the IBA, arguing that it promoted anti-Semitism and offended Jews.

The programme, the SAJBD claimed, suggested that there is ‘a worldwide Jewish conspiracy responsible for ... fabricating a myth of the Holocaust for its own sinister purposes.’ In its complaint the SAJBD quoted excerpts from the show attributed to a Muslim historian. ‘I accept that one-million-plus Jews died during the Second World War,’ the historian reportedly said, ‘but I dispute the fact that they were murdered, that they were killed by gassing. These people died like the other people in the camps from infectious diseases and epidemic diseases.’

The Islamic Unity Convention has disputed the SAJBD's charges, saying the IBA was biased in its handling of the matter. It argues that the discussion on the radio broadcast is protected by the freedom of expression clause in the Bill of Rights. Accordingly, the IUC wants the court to declare section 2(a) of the Code of Conduct for Broadcasting Services unconstitutional in that it unfairly limits Radio 786's freedom of speech. The section reads: ‘a broadcast licensee shall not broadcast any material which is ... offensive to the religious convictions or feelings of any section of the population or likely to prejudice ... relations between sections of the population’.

The case will have far-reaching implications, particularly since, according to Professor Shadrack Gutto of the Centre for Applied Legal Studies, ‘it is the first time an issue of hate speech has gone to court in this country.’ But for all its novelty, the case embodies some of the classic dilemmas that a society based on the right to freedom of speech creates for itself.

One doesn't have to be Jewish, let alone a member of Likud, to find Holocaust ‘revisionism’ abhorrent, an affront to the memory of the millions of Jews who were murdered in the most savage, terrifying and soul-destroying conditions it is possible to imagine. Moreover, the Nazi project involved not only systematic genocide but systematic concealment of atrocities, making Holocaust denial a form of post-facto collusion in that project. So there can be little doubt that espousing revisionist views in a public forum is likely to give grave offence to many.

In the Philosophy 101 literature on freedom of speech, utterances of this kind are usually likened to shouting ‘Fire!’ in a crowded theatre: Everyone has the right to freedom of speech, but shouting ‘Fire!’ in a theatre is likely to set off a dangerous stampede. It is thus an act of speech that ought to be curtailed. The implication is that the freedom to pursue one's own ends comes with obligations to others, and more generally to society at large. The IBA code suggests as much when it prohibits broadcasts that ‘are likely to prejudice ... relations between sections of the population’.

One could further argue that in a fragile society such as the new South African democracy, a society that is labouring to overcome its many divisions, ‘hate speech’ is very dangerous indeed. And one could then argue that citizens should behave – or indeed, be made to behave, by law – in ways that don't threaten to fragment the social body's tenuous coherence.

Nevertheless, the court's verdict is likely to be in favour of the IUC – that is, that section 2(a) of the IBA Code is unconstitutional. Never mind the fact that, locally, the suppression of alternative versions of history is a sensitive issue – given that the apartheid system sought legitimacy by constructing an official version of history and stifling others – the very wording of the IBA code is vague and imprecise. If that wording is upheld, the court will be effectively sanctioning a narrow interpretation of the constitutional right to freedom of speech, and that will be more dangerous than the excesses of speech the code seeks to curtail. A journalist investigating abuses of power within a church, for instance, is likely to give offence to ‘religious convictions’, but is that good cause to ban his or her findings? Indeed, is it enough, because something gives offence to some, to limit everyone else's freedom of expression?

And what becomes of criticism under such prohibitions, or historical enquiry that raises questions that are unconventional and heretical – or just brain-dead? For example: Holocaust denial is an affront to Jews, not to mention many others, but the Holocaust also serves as part of the foundation for the moral legitimacy of the state of Israel. As such, the Holocaust as a canonical event exists in the realm of politics, and it is to be expected that certain critics of Israel will question the nation's history as way of interrogating the claims it makes in the present. This is how democracy works.

Nothing less is at stake in this case than the setting of principles according to which the scope of freedom of speech may be limited, and the more nebulous those principles, the smaller the stage in which free expression may operate. If the case recalls the Irving-Lipstadt lawsuit in its broad dimensions, it is also quite different in one important way. Unlike the Irving trial, where the liberal intelligentsia squared up against a fascist sympathiser, the South African trial occupies a far less comfortably delineated, far more equivocal moral landscape. In the manner of Jewish attorneys in America who defended the civil rights of neo-Nazis, one often has to take up the cudgels on behalf of what is intolerable – and sometimes, intolerant – in order to preserve tolerance in society.

Still, there are no easy answers. Democracy gives free play to many passions, and on its extreme horizon the danger always exists that they will tear the social whole apart in contention. And on the other horizon is a different danger: coerced harmony. But that, of course, would no longer be a democracy.

That would be another country.