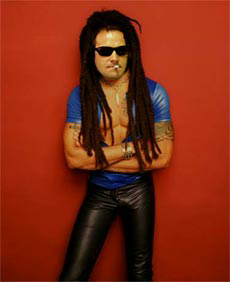 Anyone who imagines that dope-smokers are apathetic, socially withdrawn slackers must be wondering what to make of the never-say-die persistence shown by Gareth Prince, the candidate attorney who has gone to the Constitutional Court in a bid to legalise the use of cannabis by Rastafarians.

Where lesser beings would have eventually shrugged their shoulders, reached for another rollie and thought, Ah, hell, that's Babylon for you, Prince has refused to give up in spite of a series of legal reverses and the apparent futility of his latest stratagem.

In so doing he's become something of a cause celebre, a sensible and articulate spokesperson for the pro-legalisation lobby. But the solutions he is seeking to the cannabis question, so seemingly libertarian in their nature, merely create even trickier problems for South African society.

Prince's campaign began some time ago when the Law Society of the Cape of Good Hope denied him admission as an attorney on the grounds that his two previous convictions for possession of dope disqualified him as ‘a fit and proper person’ to practise the profession. Prince then took the Society to the Cape High Court, which ruled against him. Next, he approached the Supreme Court of Appeal, with similar results, but bounced back by petitioning the Constitutional Court last year. Prince wants practising Rastafarians such as himself to be exempt from prosecution for the possession and use of dope, his reasoning being that this prohibited substance is integral to Rastafarianism. The Court ordered Prince to cough up more information on the religion, and this he has done, in the form of a 200-page affidavit which he recently submitted to the Court.

There's something amusing in the image this calls to mind: the dreadlocked Rasta explaining how ‘the holy herb’ is used as a meditational tool while the robed judges nod their heads and take notes as if this were all news to them. Who's kidding whom? I'm not implying, of course, that our Constitutional Court judges are inveterate pot-heads, but it's hard to disagree with Prince when he makes the point (according to Sapa) that the recreational use of dagga in South Africa and abroad is so widespread that its stigma of immorality and illegitimacy has weakened considerably over the years.

I don't have any hard statistics at hand as to the prevalence of dope smoking, but on the basis of anecdotal information it's always seemed to me that the only person who's never had even the briefest, most indirect contact with the drug is my mother – my mother and Bill Clinton, who admittedly did hold the stuff in his hands but chose not to inhale it. Then again, Bill made – or saved – a career by not going the whole nine yards.

If bong-hitting suburban couch potatoes are at this point cheering Prince as their man and believing Prince to be king in an anti-Establishment crusade, they should, however, think again. Prince is adamant in distancing Rastafarianism from recreational drug use. His religion, he maintains, uses dagga ‘consciously and in a disciplined manner’, never for recreation or to excess.

‘The fact that the holy herb is used secularly (by non-Rastafarians) does not mean that our sacrament is not sacred,’ he said. ‘The holy herb is only used by us within a spiritual, religious and sacramental setting ... [Marijuana] is central to our spiritual practice and is used to assist us in re-establishing our eternal relationship with the Godhead as it encourages insight and inspiration ... We Rastafari are against drug abuse and opposed to trafficking in drugs.’

To amplify the point, he says that the Rastafari National Council ‘disapproves of and forbids the recreational use of cannabis (or of any 'drug')’, and that, in addition, it prohibits under-18s from smoking cannabis unless they are under parental supervision.

Prince, in short, is arguing that the drug should be legalised specifically for practising Rastafarians rather than for everyone generally, and he is doing so on the basis of a plea for freedom of religion. To this effect, he puts in place a number of conceptual oppositions – between a sacramental and a secular use of cannabis, between sacred and profane contexts of use, and between theoretically controlled use on the one hand and untrammelled, addictive-compulsive use on the other. Perhaps an analogy in Christianity is the Eucharist, in which Christ's blood is ritually equated with wine: you can guzzle the stuff by the cartload at home, whereas consuming it in modest sips in an institutional religious context, in an appropriate frame of mind, makes of it a significantly different act.

Oppositions of this kind seem to have been set up as the foundation of Prince's philosophical case, and as such they would be the principal target for counter-argumentation.

Now, Prince's application has been opposed by Justice Minister Penuell Maduna and the Western Cape Director of Public Prosecutions Frank Kahn, who are arguing that granting an exemption to Rastafarians would undermine the state's ability to combat drug trafficking. This is a pragmatic consideration – with prima facie validity – but it is, conceptually, a secondary consideration in view of Prince's argument in terms of religious freedom.

Similarly, the Court is likely to hear medico-scientific evidence about the harmfulness of cannabis and the much-touted danger it poses as a gateway drug, that is, a ‘soft’ entree into harder pharmacopoeia; once again, this is a secondary consideration to the argument for freedom of religion, and Prince has already tacitly conceded the point as it were by pointing to the precautions which Rastas hedge around their use of the drug.

As I say, the main vulnerability – philosophically, if not legally – in Prince's argument is identical to its chief strength: the apparently mutually exclusive opposition between sacred versus profane smoking. Every deconstructionist knows that the way to undo binary oppositions is to look at points of slippage, points where the categories that someone is trying to keep separate and distinct begin to mirror and resemble each other.

In this instance, a first question that could be asked is: What happens when the ‘profane’ crosses its side of the border and begins contaminating the ‘sacred’? In other words, when is a Rastafarian with a joint in his hand smoking sacramentally (legally approved) and when is he smoking in a recreational, secular kind of way (legally prohibited)?

The two likely replies here would be that, first, sacred smoking occurs in sacramental contexts recognised as such by the Rastafarian community, and if smoking happens outside those contexts then it's not sacred but secular smoking. Second, (and I admit I'm speculating) the practising Rasta is never off-duty, so his acts of dope-smoking are by definition sacred all the time, because he is a practising Rastafarian. The problem, however, then arises as to who is a practising Rasta and who is not, and therefore who a legitimate cannabis-user is and who not. Who determines this? And while the Rastafarian community may be able internally to make distinctions of this kind, how would these differences be codified in law?

Now let's approach the sacred/profane smoking opposition from the other side and ask what happens when the ‘sacred’ crosses the border and affects the ‘profane’ – in other words, when profane smoking starts looking, and being as experienced as, something that is in effect sacred smoking. To go back to the analogy of wine in the Eucharist, it is, I imagine, theoretically possible for the wine to be substituted by some other token or placebo, Lucozade, for example, without diminishing the sacramental ritual. Cannabis, on the other hand, seems to play a far more instrumental, and far from token, role in Rastafari worship: it has to be there for things to work. Now my mother wouldn't know this, but cannabis has a tendency (I'm told) to infuse the thoughts with a tinge of religiosity; it can of course lead as much to late nights on the town or raids on the refrigerator as it can to religiosity of thinking, and presumably Rastafari rituals serve to keep matters on an elevated footing and to guard against the type of behavioural degeneration just mentioned.

But it would be possible for any group of people to set their cannabis-related activities on this course. In other words, a coterie of New Age dopeheads could make the same illuminatory and sacramental claims for their ‘profane’ smoking as Rastafarians make for their ‘sacred’ smoking; they, too, could invoke freedom of religion to secure immunity from prosecution. And on what grounds could the New Agers be disqualified from being recognised as a religion, and thus be denied the privilege of smoking cannabis with impunity? Indeed, what in principle would stop any gathering of pot-heads from declaring themselves a ‘religion’ and then telling the Boere where to get off when they come trundling around to break up the party?

It's a slippery slope, and it’s my last intention to make light of either Gareth Prince or the integrity of the Rastafarian religion; I'm merely indicating the implications of, and some of the wilder extremes suggested by, his reasoning in this matter. For what it's worth, I think it's a cruel irony that someone of his worth and intelligence should have been prohibited from pursuing a profession at which he is clearly adept, particularly when smoking a joint was no impediment to someone else becoming president of the United States or when so many clean-cut types are admitted as attorneys only to prove themselves later on as nefarious villains.

But Prince has chosen to test this affair against the Constitution, against the rules and principles by which we all are meant to lead our lives, and he has chosen to contest the drug laws in terms of possibly the only alternative available to him: the right to freedom of religion. Once again, for what it's worth, I don't have a problem with Rastafarians smoking cannabis, although I concede many would, and perhaps for valid reasons.

Ask yourself this: if Prince succeeds in his Constitutional Court campaign and an outlawed practice is waived in respect of a religious community, does this not create a precedent which would allow a host of other, and perhaps far more objectionable, outlawed practices to thrive under the banner of religious freedom?