‘I often call myself The Incredible Sulk,’ says Zackie Achmat, South Africa’s most famous AIDS activist. ‘I have chronic depression, and I’ve had it since I was ten. My personal struggle to overcome it has been more difficult than my struggle with HIV.’ 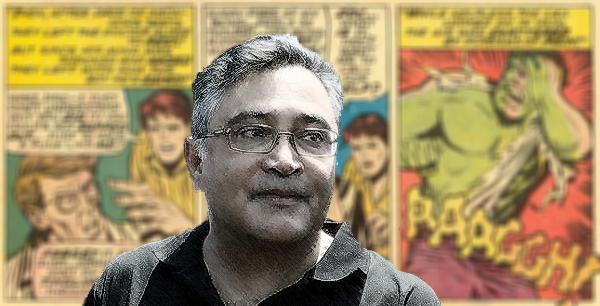 Talk about a bolt from the blue.

With his professorial glasses and consummate articulacy, the man speaking into the microphone could pass for a university lecturer, or one in off-duty mode. In his mid-forties, he’s arrived in shorts and trainers, and looks in good, solid nick. Still, for all the gymming he does (cycling and weights are his favourites), he’s no mastodon. He’s no media virgin either, and it seems odd that the interview’s making him jittery. It’s the subject: superheroism.

He is Zackie Achmat, South Africa’s most famous AIDS activist – a founder, face-man and leader in the Treatment Action Campaign (TAC), and the man who refused to take AIDS medications himself until the state made them accessible to all people with HIV/AIDS.

So it comes as a blind-side surprise when, after initially resisting the ‘superhero’ tag (‘I see myself as a combination of good and bad’), Zackie relents, laughs and admits that his superhero avatar is no less than The Incredible Hulk.

‘I often call myself The Incredible Sulk,’ he adds. ‘I have chronic depression, and I’ve had it since I was ten. My personal struggle to overcome it has been a lot more difficult than my struggle with HIV. I hope it’s an example to other people who’re depressed.

‘My dad was disabled and he never missed a day’s work, so in certain senses he was a hero for me. My mom had chronic depression and she never failed to be compassionate to others. Those are good examples which I try to emulate, and I hope I do them justice.’

Doing justice: his real interest lies in what could be called the superpowers of active citizenship.

The year, he says, has been ‘a marriage of heaven and hell.’ Beginning with his own marriage, not to mention various TAC congresses, it went horribly wrong when xenophobic violence broke out across South Africa. ‘It was one of the worst things that has happened in our country to date. … It made it possible to understand that our society’s deep inequalities can be used politically to attack people on the basis of identity.’

In response to the xenophobic crisis and other interlinked issues, he’s become active in the civil society initiative, the Social Justice Coalition.

‘We can’t defend the Constitution in abstract. Constitutional rights must be realised in order for people to feel invested in a constitution,’ he says.

‘For me, the question is the building of a citizen’s movement which is not interested in party politics, parliament or city councils.’ Not that these are unimportant, he says. ‘But I think equally, if not more, important is the direct involvement between elections of citizens in [these institutions’] work.’

The changes in South Africa ‘are allowing all of us to be greater active citizens. If one takes a deep breath, there has never been this degree of involvement by citizens, across the colour line, across class lines, in being prepared to take some action about the future of the country. For me, that’s a great thing.’