Hollywood in my Head, or Why I Hate FX

The Matrix is a satire of the very technology that made the film possible. Isn't there a similarity between the technology it depicts and the special effects industry that brings the story’s pacifying, subjugating virtual reality to life on screen? 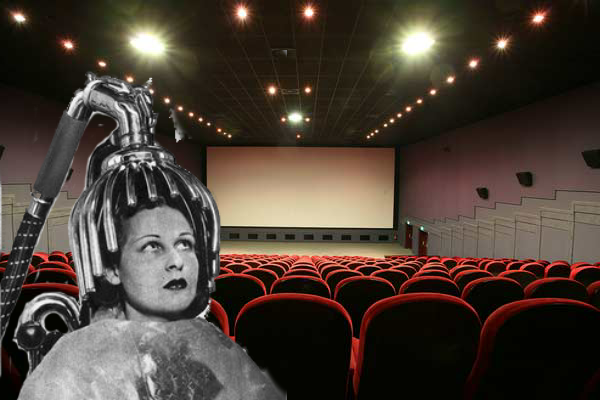 The Matrix has little to do with incense and chakras but it's the consummate New Age movie. Its premise is devastatingly simple. The world as we see it is a technologically engineered illusion. Those who accept the illusion as reality are slaves asleep in a dream; those who are free know they can manipulate the illusion to suit their own ends.

So if you want to leap tall buildings in a single bound and dodge bullets fired at you at point-blank range, you merely have to overcome the mental conditioning that makes you believe such feats are impossible. And just do it. In the finest New Age tradition, it's all a case of mind over matter.

This is the optimistic message of The Matrix, but the film also issues a warning about the colonisation of the human imagination by technology.

As everyone knows, The Matrixpaints an austere portrait of a world where machines have subjugated humanity and plugged us into a pacifying virtual reality. Everyone also knows that the movie uses groundbreaking special effects to conjure up its own illusions.

But what fewer people realise is that, in its way, The Matrixis a satire of the very technology that made the film possible in the first place. Isn't there a similarity between the nasty technology the film depicts and the special effects industry that brings those same machines to life on screen? Isn't there a similarity between the comatose sleepers portrayed in the film and the audience watching them in the darkness of the theatre – an audience held spellbound by the film's dazzling images?

Don't get me wrong. I hate FX but I love them at the same time. My personal taste in film inclines towards the gimmicky and spectacular, to what the novelist Martin Amis called ‘billion-dollar bloodbaths’. When Star Wars premiered over two decades ago, it blew me away, and when I recently had the chance to look through a telescope at the Milky Way, I was childishly disappointed that the experience didn't match up to the one provided by Lucas, Spielberg and co.

Star Warsreinvigorated the FX industry, and Lucas's FX company, Industrial Light and Magic, has become the pace-setter in giving shape and form to the wildest imaginings of our era.

But that's the problem I have with FX – giving a fixed visual shape and form to our wildest imaginings. These shapes and forms might often be technically brilliant, yet what happens is that Hollywood fills our heads with its powerful and pervasive visual imagery – and then the images become hard to shake. Thanks to the power of the film industry, it becomes difficult to imagine things for yourself without automatically recalling the way Hollywood has already pictured it for you.

It's the same kind of criticism that's heard whenever Disney makes its latest blockbuster adaptation of a centuries-old fairy tale. Do you really want every kid on earth picturing a Disney caricature when they read the fairy tale for themselves? Do you really want their imagination shaped by the Disney team's idea of what a particular character or situation looks like?

You might think that your mind is in good shape – that it isn't burdened with second-hand images accumulated over a lifetime of TV and movie saturation. Try this spot test. What's the first image that springs to mind when you read the following: ‘extraterrestrials’ (or ‘ETs’), ‘alien’, ‘asteroid chunks hitting New York’, ‘spaceship shoot-outs’, ‘the sinking of the Titanic’, or ‘the dead rising from their graves’?

Putting it mildly, all of these examples refer to events outside ordinary experience, but the chances are good that, unless you've been living under a rock, each one will trigger off a set of images from the FX dream world that Hollywood has implanted in your mind.