V6 Fury of the Road Vulture

Tow-truck drivers are commonly thought of as fast-driving, fast-talking opportunists vulturing off the misfortunes of others – but vultures play an important role in any ecosystem, and trade veterans will proudly declare, ‘Breakdowns are in our blood’. 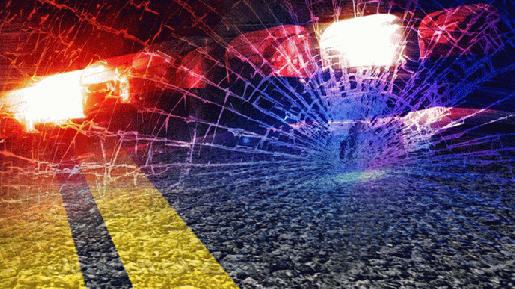 Ridwaan* throws back his head and sniffs deep on the night air. ‘I smell metal, I smell rubber,’ he laughs, and begins jumping up and down with his hands in his pockets. ‘I’m a vulture! I like money! My name is Mad Max!’

Ridwaan is mockingly playing along with the stereotype that bedevils people in his occupation: road abusers who exploit the misfortune of others for personal gain. At age 25 he has been involved in the tow-trucking breakdown business since he was 10, and admits that the stereotype is starting to grate.

‘If you have a motor accident because you’re drunk and the poles and barriers started driving in your way, it’s your own fault. The drunk drivers come crying to you if they kill someone, but what can you do? It’s too late for tears. You see some terrible things: a head laying here, an arm there …

‘We’re not the only vultures, you know. There’s the Fire Department, waiting for houses to burn down, and doctors waiting for you to get sick.’

He could add journalists to his list. Ridwaan and I are waiting on the grass island at Hospital Bend on De Waal Drive, waiting for our payload to come home as the cars flash past. For me, it’s like standing on the moon – a tract of off-limits land one scarcely registers in a routine commute. For him, it’s a home from home chosen for its central location and the easy access it affords to whatever trouble spot ignites on Cape Town’s gridwork of roads.

‘You gotta know a lotta roads and shortcuts,’ he explains. ‘Accidents can happen anywhere, anytime.’

When they happen, his road skill and knowledge of the city’s rhythms and flows kicks into gear. The towing business embraces undramatic ‘trade work’ which entails ferrying inoperable vehicles to dealerships and garages, but in this world of roll-backs, wheel-lifts and sling-carriers, Ridwaan is a strike-force action man. Accidents are his speciality, and he speaks of roads as fishermen speak of the sea.

‘You get your weeks when it’s bad luck; you get times when the roads pump. Then you keep your hand on it and maintain the pressure.’

Payment structures for drivers vary among companies, but Ridwaan earns a commission on the vehicles he tows. Unless drivers of damaged cars have private arrangements with towing firms or the AA, at accident scenes the broad principle among tow truckers is first come, first served. To ensure that his firm is first on the scene, Ridwaan operates in tandem with another driver and they have a system for sharing out their booty.

What does he do in his spare time? ‘Nothing. I work all the time. My kids see so little of me they’re starting to call me Uncle.’ During these long shifts, life consists of intervals of waiting followed by spells of exhilarating mobility as he races to accidents. ‘It’s exciting,’ Ridwaan says. ‘For me it’s more like a hobby than a job.’

All at once we’re moving. Normally Ridwaan would be radioed by his control room, but a competitor with a car in tow has driven past and tipped him off about the location of an accident.

I can state for the record that he violated no traffic rules of which I’m aware. He definitely didn’t break the sound barrier and the g-forces didn’t pin me into my seat. All I remember is that one instant we were on Hospital Bend and the next we’d beamed down onto Rondebosch Main Road, where a minor accident quickly succeeded in attracting five other tow trucks. Nine more were reportedly already en route.

For some this flurry of activity would signify healthy competition; for others, it suggests a flock of vultures descending on roadkill.

For Sherman Amos, Western Cape Provincial Traffic Chief, it would be one more headache in his relationship with the towing industry. He cites several perennial problems: speeding on the part of tow truckers, irregular use of their amber lights, overtaking on the shoulder, the use of scanners to tap police frequencies, and overcrowding at accident scenes, which creates the risk of secondary accidents.

‘You find them getting into arguments with each other at the scene,’ he adds. ‘The tow trucker has one interest: to get the vehicle, no matter how injured the driver is. An injured person has other problems to deal with than signing a paper to release the vehicle. That’s done under duress as far as I’m concerned.

‘You can equate the tow trucking industry with the taxi industry in the sense that they give us as many problems as taxis in terms of the lack of co-operation and discipline shown by some of their operators.’

But vultures serve important ecological functions, and Amos believes that tow truckers are integral role-players in traffic control since they are needed to clear the roads. He says that when motorists have died or been incapacitated by injury, law enforcement officers have a responsibility to summon a tow trucker, be it someone on scene or on their lists in the control room.

‘I’m not saying there aren’t instances where police or traffic officers don’t have a preference for certain operators, whether because of efficiency or because they might get kickbacks. That shouldn’t be. It should be done officially, but you can only have this agreement [with the industry] when you sit around a table and discuss strategy.’

He’s ‘optimistic’ about a solution. ‘We need to get our ducks in a row, then it’ll be a good industry.’ Long-term solutions include allocating zones to specific operators, and at present the Towtrucking Bill is being drafted to regulate standards for breakdown vehicles and the way in which they’re summoned to accidents.

The root of the problem, Amos believes, is the lack of ‘an agreement where operators know what they’re supposed to do and where we know what we can allow.’ His message to the industry is this: ‘They need to build up a partnership between themselves, the public and law enforcement.’

It’s a challenge the United Towing Association (UTA) seems willing to accept. With around 40 member companies, UTA represents the industry in Cape Town, although not all firms are affiliated to it. ‘We’ll definitely take Mr Amos up on his offer,’ says executive member Dino Stewart.

‘We want to move forward. We want partnerships with Metro and all the authorities,’ he adds, and in this vein fellow executive members report a break-through agreement with the SAPS that eliminates the need for illegal scanners – namely, a radio system through which UTA members alone are alerted to accidents.

‘We’re not fly-by-nights anymore,’ Stewart explains. ‘We’re trying to regulate ourselves because we’re not just vultures. We’re out there for the community.’ He illustrates the claim by referring to occasions when he and his colleagues have notified police of car hijackings in progress or assisted crime victims.

Stewart says he also helps out where he can at accidents. ‘You meet people from all walks, but sometimes it’s heartsore. If people are trapped in the car, you can’t help because you’ve gotta wait for the ambulance. You just calm the victim. I try to get relatives’ phone numbers to let them speak to the victim on my cell phone.’

Stewart admits that there are bad apples in the industry basket. ‘For example, you get guys sitting out there with their whiskey bottles who cause accidents by fiddling with robots or pouring diesel on the road.

‘We’d like the public to phone in to particular companies if they have complaints, and if the complaint’s serious, our board will take that member further. We’d also like positive feedback.’

Stewart’s proud of his occupation, and points out that many towing concerns are ‘family matters’ in which wives gradually assume increasing business responsibilities while their husbands are on the road. In turn, their children are drawn into the industry, with the result that growing numbers of women are found in this traditionally male enclave, both as drivers and dispatchers.

Indeed, the UTA executive boasts two husband-wife teams: Ray and Audrey Langman, and Jessie and Roy Sewpersad. Jessie isn’t a tow trucker herself, preferring to delegate work from her office. Nevertheless, she’s the UTA vice chair, and it’s something of a surprise to hear this petite woman chime in with the testosteronal voices and declare, ‘Breakdowns are in my blood – it’s my life!

‘I’m proud of the service my company provides,’ she asserts: ‘When people call us vultures, it doesn’t touch us.’

* Names have been changed.