In 1999, aged 26, he sold his business, Thawte Technologies, for four billion rand, but Mark Shuttleworth doubts that he peaked too soon. ‘Perhaps this is the biggest deal I do, but I hope it’s not the greatest thing I ever do.’ 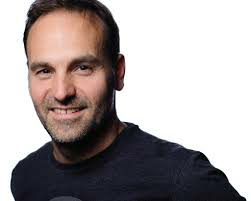 World Online: Apart from being the Bill Gates of Cape Town and South Africa’s first and only Internet billionaire, you are Mark Shuttleworth the self-made man. What other roles have you found yourself having to play since the big day when you hit the limelight?

Mark Shuttleworth: Mark the regular guy, Mark the washer of dishes … life’s surprisingly normal, and I’m thankful for that. The limelight itself is new. I enjoy it because it lets me share my thoughts on the potential of South Africa.

World Online: You sold your business, Thawte Technologies, for R4-billion. Most people would go out to lunch for ever if they made even a goodly fraction of that, so you seem to have achieved all there is to achieve, or maybe I’m wrong. What’s next, and do you sometimes feel you might have peaked too early?

Mark Shuttleworth: Tough question! I don’t think I’ve peaked … perhaps this is the biggest deal I do, but I hope it’s not the greatest thing I ever do. I still have plenty to learn, particularly in management and people skills, so I’ll try to put myself in positions that emphasize those characteristics. As for what’s next, that isn’t settled yet. I’m not raring to make more money (what for?) so you won’t see me starting another business. I’ll finance some start-ups that I think can be successful. I’m very interested in the state of Africa, and in building a strategy to turn the ship around, so to speak. That’s as big a challenge as starting an Internet trust company in a Cape Town garage.

World Online: Life for most people consists of tackling daily frustrations like earning a wage, finding a parking space, waiting in queues, having to take uphill from any number of people … the ordinary grind. Has enormous wealth liberated you from all of this, given you wings – or has it brought with it its own special set of problems and responsibilities?

Mark Shuttleworth: It certainly has brought its own set of problems … figuring out how to manage that sort of asset base is a full-time job for a dedicated asset management company, let alone one person. Fending off the asset management companies who want to help is also a full-time job! I haven’t yet figured out how to optimise my investment position without turning into a fund manager. I really don’t want to be a fund manager. I want to die knowing that these funds were wisely spent, which is a big job. As for freeing me up from the daily grind, things really haven’t changed much. I have a wonderful PA who has taken care of most things for me since well before the deal. My darn credit card still gets declined sometimes in America … I still carry my own luggage, and still drive myself around. Nobody’s life has to be mundane. It’s a question of how you see your own life.

World Online: It’s the billion-dollar question, and you’ve probably been asked it a billion times already, but what the hell does a guy do with all that money? It’s an almost unthinkable amount, and it must be a helluva babe-magnet.

Mark Shuttleworth: That’s two billion-dollar questions. First, I guess one spends it on things one believes are important. In my case that breaks down into spending on myself for fun, and spending that I think will help create a better world. I plan to spend a good deal on living a great life, which probably brings us to your second question ‘Is the money a babe-magnet?’ – yes.

World Online: Unless you now travel everywhere by helicopter or space-ship, you’re bound to be approached by beggars and the street and so on. How do you cope with those disparities between extreme wealth and extreme poverty? I mean, do you ever feel a bit guilty in some way?

Mark Shuttleworth: Absolutely not! I earned this, although I was very lucky many, many times in the process. We all are ultimately responsible for our own lives. Nothing comes easily to anybody. Those who are committed to their own dreams will realize them eventually, no matter how shocking their initial circumstances. There are so many examples of people who have been successful despite having the odds stacked against them in this world. I do get frustrated that I can’t just wave a wand and make things better for everybody. I get very frustrated when I hear a report on the radio of some senseless casualty on the Cape Flats. You’d think that with all this wealth there would be some way to fix it. I have to find the wisest way to try to contribute.

World Online: Does it sometimes irk you that people might be more interested in your wealth than in you as a person?

Mark Shuttleworth: Why did you ask me to do this interview?

World Online: Oh, touché, my liege. Along the same lines, what difference have you noticed in the way that acquaintances treat you since you made your windfall? As for your friends, do you still do the same things together?

Mark Shuttleworth: As far as friendships go I’m relieved to say that things have not changed. They’re a great bunch!

World Online: What do you do for laughs?

Mark Shuttleworth: The usual … movies, restaurants, friends. I’m hoping to hit Mach 2 in a restored fighter jet next week, which will be different. I chartered a private jet to take some friends and family away for the long weekend recently, which was also a new experience. Very cool.

World Online: Billionaires and multi-millionaires typically develop their little eccentricities. Are you pursuing any passion that others might consider, well, a tad eccentric?

World Online: A few months ago everyone was clamouring for hi-tech stocks, but as we all know, enthusiasm has a waned. These are just growing pains in the industry, right?

Mark Shuttleworth: No, these are a big reality check. That’s fine, it was bound to come sooner or later, and I’m relieved that it’s happening now. I don’t think it’s over, by the way. I expect to see IT stock prices forced into line with the rest of the market. Ultimately businesses are there to create returns for their investors in the form of earnings, so it’s good that we focus on those again. There is still no more exciting and dynamic career than IT, especially in the start-up world. Those who’re in it for a quick buck are in the wrong place.

World Online: A last question, Mark: Do you offer to pick up the tab after dinner, or do people generally make a point of paying their own way?

Mark Shuttleworth: Of course I’ll offer! But my friends inevitably insist on paying their own way. It’s not a big issue.