Forget those Eighties fantasies about cavorting on cocaine and Campari in your own bimbo-packed Lear; wave goodbye to the Sodom and Gomorrah of the skies, alas. Today’s private jet industry wants to rid itself of the playboy image and sell tools, not toys. 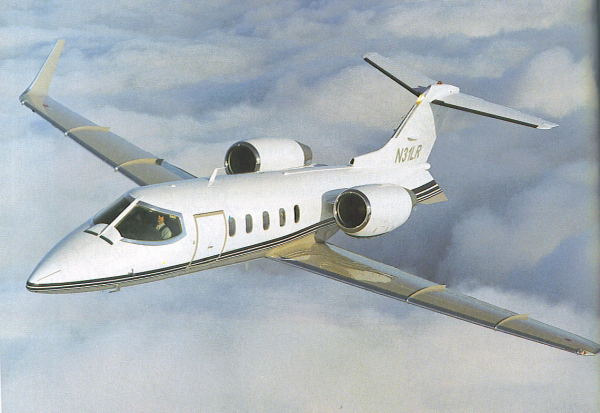 If it’s possible to feel awe in one moment and boredom the very next, no one demonstrates the point more soundly than the young first-time flyer who turned to her friend in the arrivals lounge and said, ‘You know, I liked the taking-off and landing – but I could do without that rubbish where you’re just floating in the air all the time.’ Her friend grinned and replied, ‘Honey, a plane isn’t a kangaroo. If all it did was take off and land, and take off and land, it would’ve been quicker for us to hitch-hike.’ Blasé and worldly-wise, these attitudes are a far cry from those found in the early twentieth century, when the burghers of country towns would assemble to welcome the first biplane to grace their precincts, only to flee in terror when the long-rumoured flying-machine roared into view.

For inhabitants of the late twentieth century, it’s equally curious to read how T.E. Lawrence, the legendary Lawrence of Arabia, described the sky as a ‘reserved element’ guarded by ancient gods. His description echoes the myth of Icarus, whose wings of feathers and wax melted when he flew too close to the sun. The myth issues a warning. The sky is sacrosanct, taboo – it belongs to the gods.

In modern times, where people who have never flown are regarded in the same light as 45-year-old virgins, myths of this kind sound bizarre. Yet curiously they have survived into the modern age, despite its cynicism.

In popular imagination, the skies above commercial air-lanes are still populated by demigods, but where the gods of yesteryear favoured togas and laurel-wreaths, today they are imagined as tuxed and cashmere-clad soap opera stars. Where demigods once bestrode sky-borne chariots, they are now pictured in an equivalent symbol of power – the private jet, surging mightily above the cloudline while its occupants sip wine from the comfort of a Jacuzzi.

It’s the stuff of fantasy, and representatives of the private jet industry contend that these myths are both untrue and counter-productive. As one representative says, ‘We’re keen to dispel the playboy image these jets have had.’ Instead, she says, they are being marketed as ‘effective business tools, not toys. They’re rarely bought for pleasure.’ Purchasing a jet is ‘a business decision – the expense has to be justified.’ Whatever its mystique, a private jet ‘can’t be bought on the whim of a director.’

Why does the industry want to dispel the glamour associated with its product lines? Surprisingly, it’s bad for business. Costs are high, and when a jet is perceived as a mere indulgence, sales diminish in hard times. What’s more, the industry derives revenue from the management and maintenance of the aircraft it sells, and if clients sell off their planes, that secondary revenue is also jeopardised.

Given the high unit value of executive jets, it’s essential for the sellers to promote these supersonic wares as business tools justifying every penny spent on them. Buyers are themselves obliged to explain their expenditures along the same lines. It seems there are only a few millionaires tooling along southern Africa’s stratosphere in their own jets, and most purchasers are governments and large corporations. Unlike private millionaires, they are accountable to constituents who frown on perceived extravagance.

Purchase costs vary according to the make and model best suited to the flight ‘mission profiles’ that clients require. A brand-new, high-ranking model with a small cabin can cost around US $8 million; equally, that same amount could be invested in a pre-owned plane with a much larger seating capacity. Although the private aircraft industry’s main competitors are the commercial airlines, the industry, within itself, is a competitive market, and prospective buyers are advised to shop around.

Those who aren’t in the buying market may elect rather to charter an executive jet, whether to dispatch an elite strike-force of negotiators or to ferry numerous passengers to product launches. Corporate jet-owners often defray costs by entrusting charter companies to hire their planes to other users. According to one source, ‘Hiring a jet doesn’t cost much more than a car-rental.’ A small, prestige jet costs about R10/km; if needed, a larger plane can transport several dozen passengers at around R35/km.

These are the costs, but what are the advantages against commercial airliners? ‘Speed’, ‘convenience’ and ‘flexibility’ are terms one hears frequently from members of the industry. All concur that executive jets are functional business tools to achieve specific goals. The more money a businessperson’s time costs, the more sense private jets make.

For starters, one doesn’t waste time with check-in formalities with an executive jet, nor is one restricted by airline schedules. One climbs aboard at one’s convenience and soars off, whether back to Johannesburg after a meeting in Cape Town, or to an airstrip off the beaten track of conventional air-routes. One can fly complicated itineraries in a single day; one can zip in and out of other African states, where airline service is unreliable and scheduled flights usually only operate weekly.

‘It’s okay to leave some Human Resources chappie in Nairobi for a week to catch the next flight,’ said one source, ‘but the top director doesn’t have time to bugger around there. Anyway, he’s probably swinging a deal that’s worth more than the plane.’

Executive jets swiftly take one to and from the board-rooms where deals are brokered, but they also affect what happens inside them. ‘Guys are under pressure to close deals,’ explains a pilot, ‘and a client could keep them on a string, knowing they have to catch a scheduled flight in 20 minutes.’ However, with one’s own jet berthed outside, one won’t be snookered into an unfavourable deal simply because there’s an urgent flight to catch. ‘You could save a lot of money,’ the pilot says.

In addition, these jets are discrete. Some are customised to display corporate colours or emblems, but none carry neon signs announcing their arrival to the world. The privacy of the plane’s interior itself allows passengers to strategise their meetings without being overheard.

Discrete and utilitarian, private jets are shedding a decadent ‘playboy image’ and replacing it with another one, perhaps equally fascinating: a super-efficient tool at the command of a super-cool executive.