André Wiesner is a seasoned wordsmith with many arrows to his quiver. A professional writer based in Cape Town, South Africa, he is active as a journalist, editor, educator and developer of print and digital products, work he undertakes for an array of clients in the media, commercial, academic and social development sectors. He has written for innumerable publications, the research for which has led him into dank mountain caves, crococile-infested rivers, mortuaries, movie sets, TV dating shows, the fighting ring in no-holds-barred martial arts, and to the roof of the sky, where he reached zero-gravity inside a military jet. This portfolio site showcases a selection of journalism and other writing he has published in newspapers, magazines, online portals and scholarly journals since 1997 to the present. 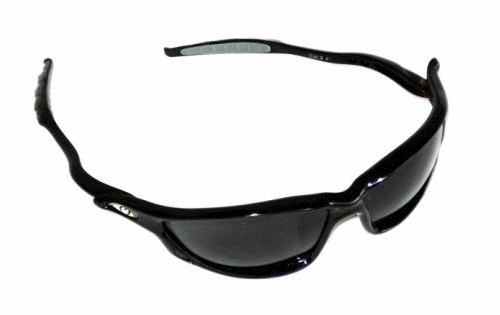 Ours is an era when every yahoo with a website and thumbs to type calls himself an 'award-winning writer'. André is no exception to the trend. He was a PICA Consumer Journalist of the Year, and twice shortlisted for the Mondi Award for best feature article (see 'The Million-Dollar Meat Hook' and 'Bullet Club'); in 2000 his article 'The Dead Beat' won that award. More recently, in the PICA Awards 2013 he came 'highly commended' in the Feature Writer of the Year category for an article on the unlikely subject of the olive oil industry (see 'Gentlemen of the Press' ).

Who is this Ubermensch, then? Born under the sign of the Fire Horse, André matriculated at Plumstead High School and attended the University of Cape (UCT), where he majored with distinctions in English and Poltical Studies. There followed a draft-dodging year of High French Theory in English Honours, after which André, long-haired and wearing tassled, fancy-boy Bermudas, boarded a train for the deserts of the Northern Cape to undergo basic training as a conscript soldier, dig pit latrines for troops returning from the ceasefire in Angola and Namibia, and – several months later, suspected of being a communist spy and deployed to Cape Town as an accountant – to watch the Cold War end on TV and Nelson Mandela walk free from prison.

André returned to UCT to read a Master's degree in English, with his thesis (Violence & Writing: The Work of André Brink) supervised by the Nobel laureate J.M. Coetzee, a sincere and gracious person much maligned in the press for his individualistic lack of talkativeness. Although he remarked in his examiner's report that 'Wiesner does not know how to paragraph', Coetzee spoke favourably about the absence of 'moralism' in the thesis and the originality of its analysis, and André's citadel moment during his degree was getting Coetzee to burst out in laughter, twice – the second time with him, not at him. 'J.M.' (or 'God'), as he was known in postgraduate drinking circles, once even essayed a joke when André asked him if he'd had any good death-threats for publicly denouncing the fatwa then recently imposed on Salman Rushdie. (It was a right filthy side-slapper about information entropy.)

After graduating, André freelanced for a number of titles, working as well in television (both behind and before the camera) before being appointed as news editor of Tiscali World Online (South Africa). His duties ranged from editing and packaging headline updates and writing copy for a daily subscription-service newsletter, to liaising with revenue partners and external contributors and preparing exhibitions of work by the country's top photojournalists.

André left World Online in 2002 to join the Centre for Film and Media Studies at UCT, where he was a lecturer for six years. At undergraduate level he convened a lecture series on freedom of expression in South Africa, and led seminars in feature journalism and crime reporting; at postgraduate level, he hosted courses in travel writing and narrative literary journalism. André also convened the Centre's competitive-entry production course in journalism and supervised dissertations in the Master's programme in Creative Writing, two words he can now never hear in combination without flinching. His scholarly essays enthralled the readers of Pretexts and Javnost, the journal of the European Institute of Culture and Communication.

André resigned in 2008 and established the consultancy Firebreak Studios, but continues to represent the university through his course on feature writing at the online-education company GetSmarter.